I realised that two setups that should be totally equivalent give different outcomes using different builds.

The two setups are equivalent:

Despite the two setups being the same, I am getting very different evolutions: In particular the final torques (normalised by the planet's mass) are different: 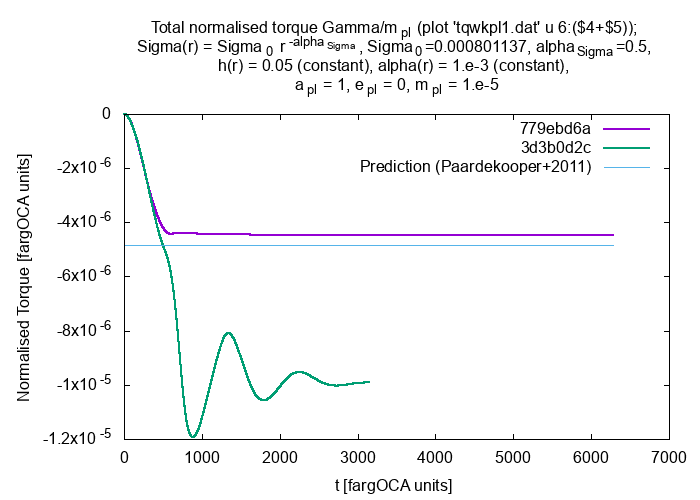 Note that the expected predicted torque value more closely matches the outcome of the 779ebd6a run.

The discs are initialised at exactly the same initial surface density (as it should be since the setup is exactly the same) but end up evolving differently, meaning that the issue is not in the torque output. For example at t=3141.5926536 (500 orbits): 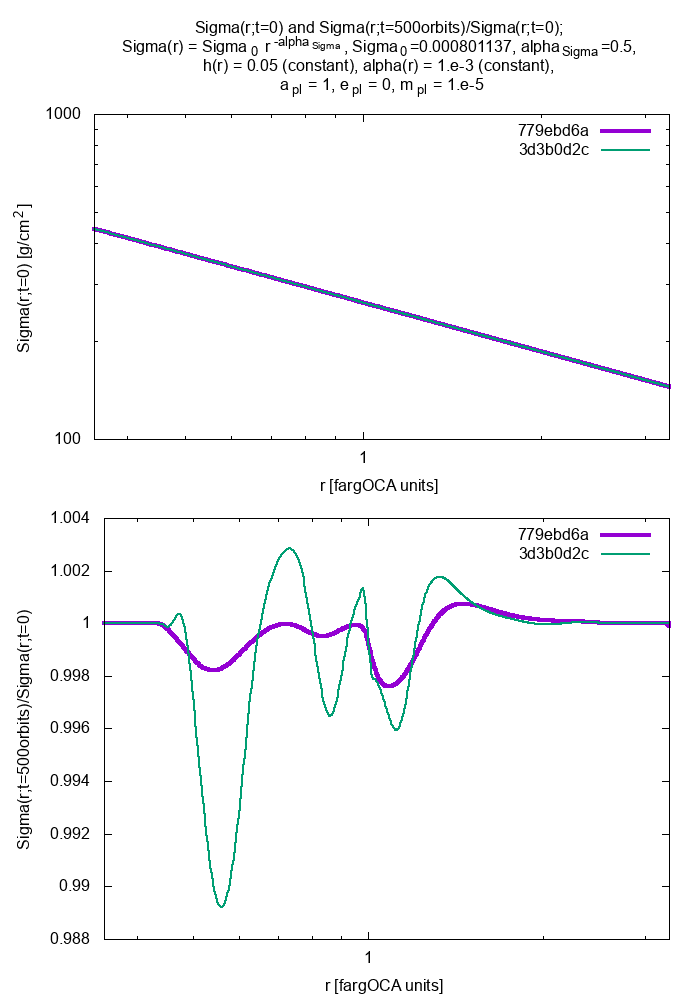 I should note that one difference between the 779ebd6a and the d3b0d2c versions is how the viscosity is implemented, but this should not play a role for such a small planet and relatively high viscosity?